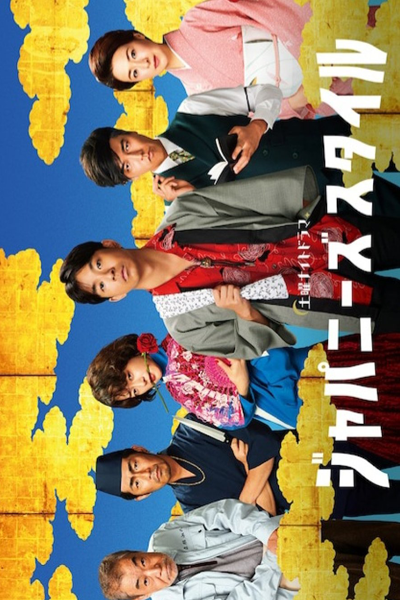 Comments
Share
Turn off Light
Japanese Style (2022)
30-year-old Kakioka Tetsuro returns home for the first time in 10 years to save his family’s traditional inn Niji no Ya after he hears that his father has been hospitalized. But he is lost for words when he sees that it has completely changed. The dignity and service of the inn, which boasts a 100-year heritage, has totally vanished. It has transformed into a haunt where employees who are not easy to deal with linger around. There is Terakado Lucy Kazuko, a flamenco dancer who says a stream of offensive things; Kageshima Shunsaku, a germaphobe manager who hates hot springs; Asatsuki Momoyo, the head waitress who is a single mother devoted to her son Ringoro; Ringoro, a boyish employee who loves his mother and unicycle; Uno Kanata, a chef who has a UNO addiction; and Umekoshi Hifuji, an old-timer who has clung on to the inn for 40 years. Not knowing that such formidable enemies are waiting for him, Tetsuro is told to leave when he arrives at the inn. Despite his attempts to enter using various means, he bounces off the impregnable defences and breaks down crying at the entrance, and a mysterious big man shows up. Will Tetsuro be able to enter the inn and will the day come when the employees will accept him?